Vietnamese consumer-to-consumer online marketplace Sendo has secured US$61 million in a series C round – its largest raise to date.

According to a statement, the round saw participation from existing backers such as SBI Group, Beenos, SoftBank Ventures Asia, Daiwa PI Partners, and Digital Garage, along with new investors including EV Growth and Thailand’s Kasikornbank. 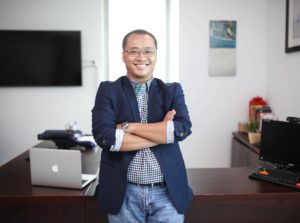 The company plans to use the fresh funds to expand its integrated platform offering for both sellers and consumers and invest in AI and machine learning to enhance customer experience, said Sendo CEO and co-founder Hai Linh Tran.

Prior to the series C round, Sendo received US$51 million in a series B funding round led by Japanese financial services giant SBI Group in August 2018.
Linh said that while the company has hit its annualized gross merchandise value (GMV) target of US$1 billion earlier than expected, it remains focused on sustainable GMV growth, which the company looks to achieve through consumer stickiness.

“Sendo’s integrated ecosystem spanning marketplace, advertising, logistics, and financial services is designed to ensure that, and that goes well with our monetization strategy into multiple revenue streams and ultimately, our path to profitability,” he said.

Sendo was founded in 2012 as part of FPT Corporation, a large IT service company in Vietnam. It differentiates itself from its ecommerce peers by focusing on the largely untapped tier two cities in Vietnam that is home to 70 million people, in addition to Hanoi and Ho Chi Minh City.

It fights for market share against local competitor Tiki, which counts JD.com as an investor after the Chinese ecommerce giant led its US$50 million series C round last year.

Southeast Asian ecommerce majors Lazada and Shopee also both have a presence in Vietnam.